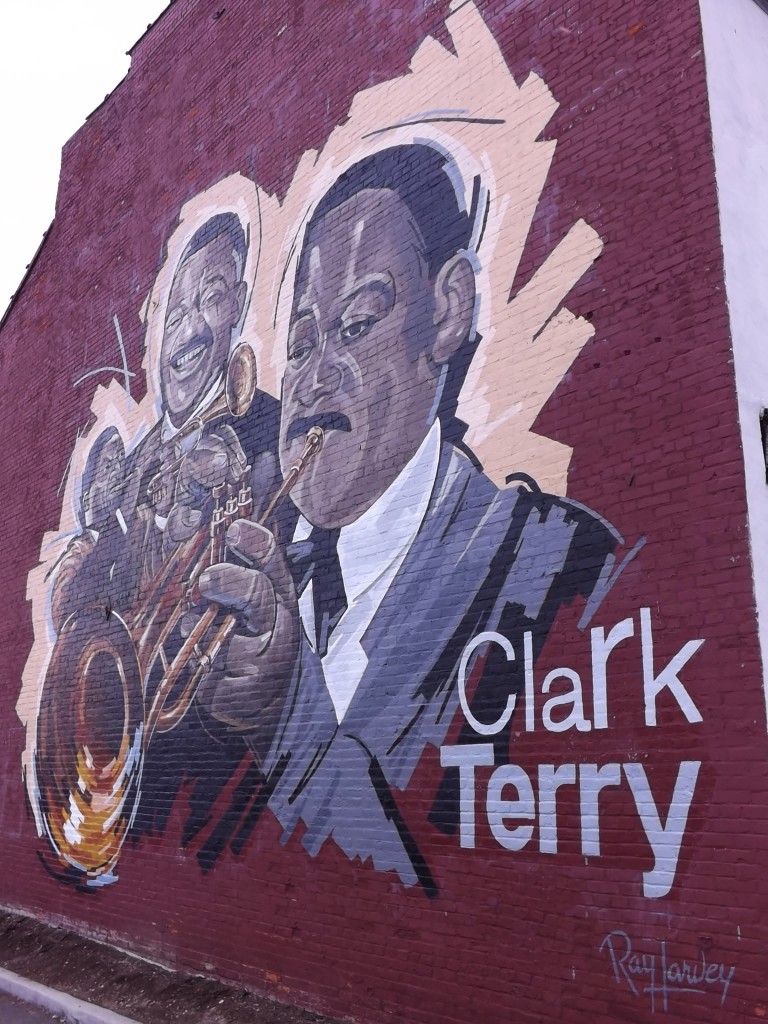 It took a call for entries, a resume and portfolio review, a sample design, a painting and finally a judged presentation. Then I got the call, I was chosen. The Carondelet Community Betterment Federation had selected my design for the seventh “Mural on Broadway.” With their sites set on ten total murals the tribute design of Jazz Trumpeter Clark Terry would forever grace the streets of South St. Louis on South broadway. 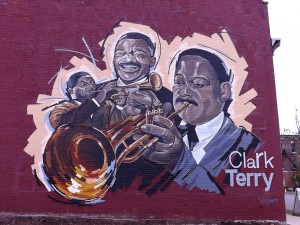 With Mr. Terry’s passing in February of this year, it seemed a natural selection to immortalize the man in the neighborhood where he was born and lived. The mural is only a short walk from where he lived before his trumpet led him around the world. A self-taught musician who was inspired by all he heard on those St. Louis streets, created his own sound that led Quincy Jones to describe him as the best trumpeter ever.
The entire mural took two weeks to complete. It is roughly 24′ tall and 28′ wide. It is painted on the side of an empty commercial building. A dedication ceremony is being planned for early 2016. Mr. Clark’s widow, family and some national jazz musicians have been invited. 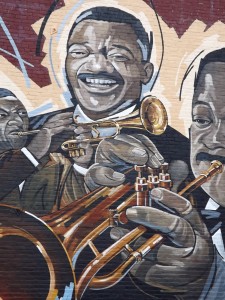